The Biology Of Lust, Love And Marriage

If you’ve ever been in love then you know that it’s an amazing feeling (if it’s reciprocated). Us ordinary people think we make it happen all on our own; you see someone you find attractive, you walk up and speak to them, you get to know them over time, then love happens. You smile when you see them, you can’t bear to be away from them for too long, butterflies flutter in your stomach (and all that other corny stuff). But have you ever stopped to wonder why you fall in love with one person instead of another? Science says it has the answers and I’ll attempt to explain the biology of lust, love and marriage. 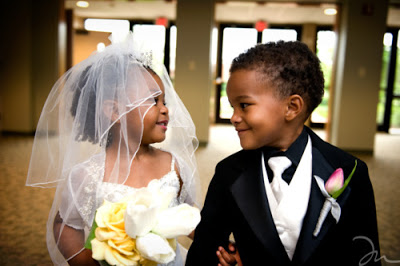 If you think about it, a very simple definition of love is lust over time and lust is how love begins. According to Merriam-Webster, love is,

“A strong affection for another arising out of kinship or personal ties: attraction based on sexual desire: affection and tenderness felt by lovers affection based on admiration, benevolence or common interests.”

“To have a strong sexual desire for someone.”

Love has been described as the most exhilarating of all human emotions. It’s what ensures the continuity of the human race. Science explains that what we call love, is a mixture of chemicals in our brain that entices us to “fall in love.” Psychologists have said that it takes between 90 seconds and 4 minutes for a person to decide if they like someone, and that it has very little to do with what they say (about 7%). Research has shown that it’s more to do with:

According to Youramazingbrain, there are 3 stages of love, all of which are controlled by different chemicals:

An experiment conducted in Pisa concluded that love, especially at the Attraction Phase, changes the way a person thinks. This explains why in the early stages of a relationship, we often explain away the person we love’s flaws and magnify their virtues.

Can We Love More Than One Person

If society permitted, could we openly fall in love with two people or more? I think the answer is yes. But are these two (or more) people you fall in love with likely to get the exact, same treatment? Probably not.

In an extraordinary story published in the Dailymail on 24th July, 2012, it was reported that a wealthy Muslim businessman, Uroko Onoja, died after being raped by 5 of his 6 wives. The news article claimed that he was having sex with his 6th wife, who he had been paying more attention to than his other 5, when the “jealous 5” descended on him with knives and sticks, and demanded that he have sex with each of them.

Had Uroko paid equal attention to each of his wives, would this have happened? You know the answer.

Marriage is an economical security, a result of love sustained. So one would be correct to say that marriage is borne out of science, since we have already established that love and lust are purely scientific.

For more insight on the biology of lust, love and marriage; here’s Helel Keller’s TED talk on the subject or if you are more of a reader, this is for you.

Sign up for our free monthly newsletter and stay informed

WORK-LIFE BALANCE IN A COVID-19 WORLD